The ocean surrounding the Hawaiian Islands supplies plenty of moisture and acts as a giant thermostat, moderating the temperatures over the island chain. The seasonal range of sea surface temperature near the island chain is only about six degrees.  The temperatures from a low of 74 degrees between late February and March to a high near 80 degrees in late September or early October. The variation from day to night is only one or two degrees. 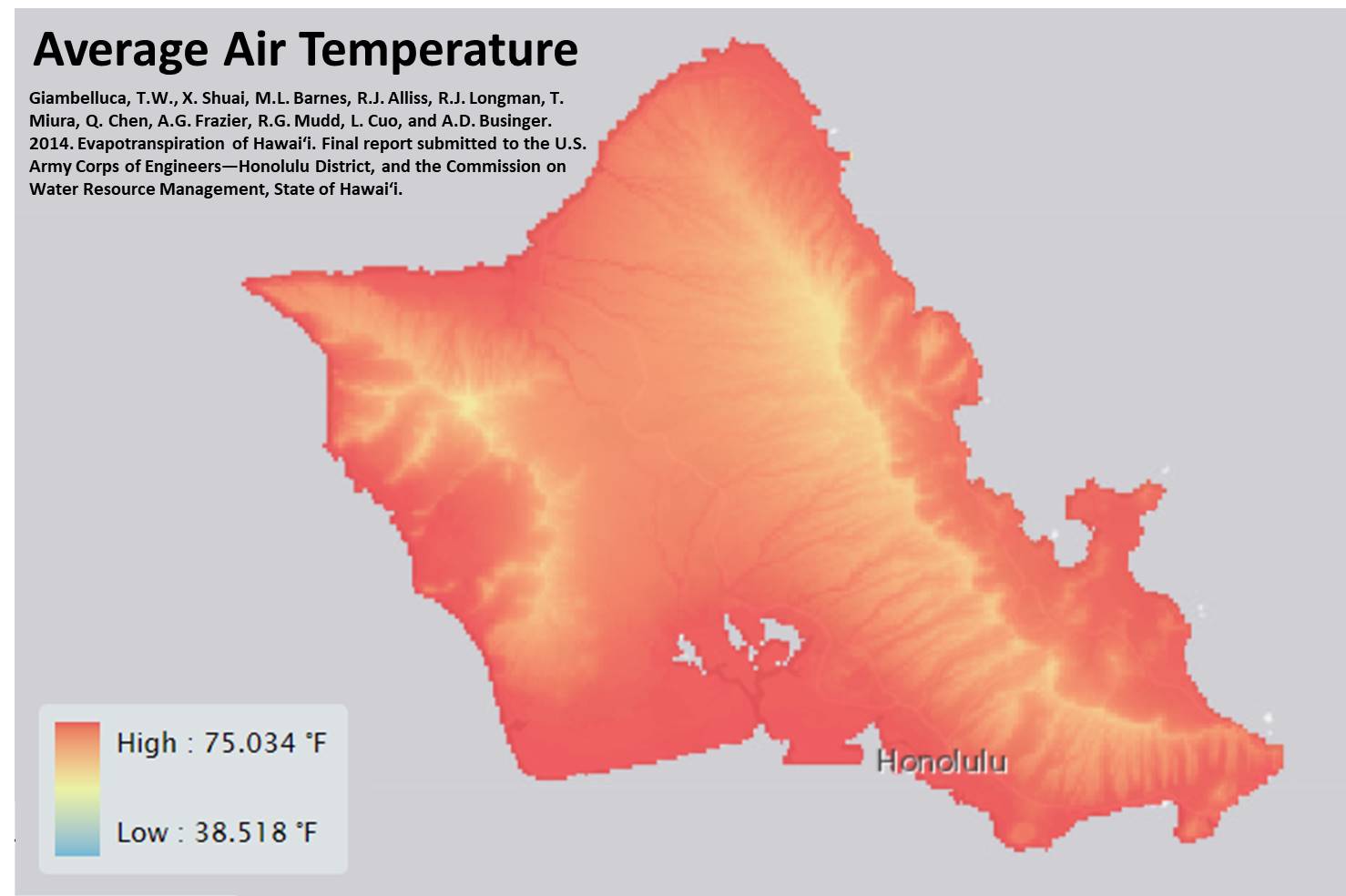 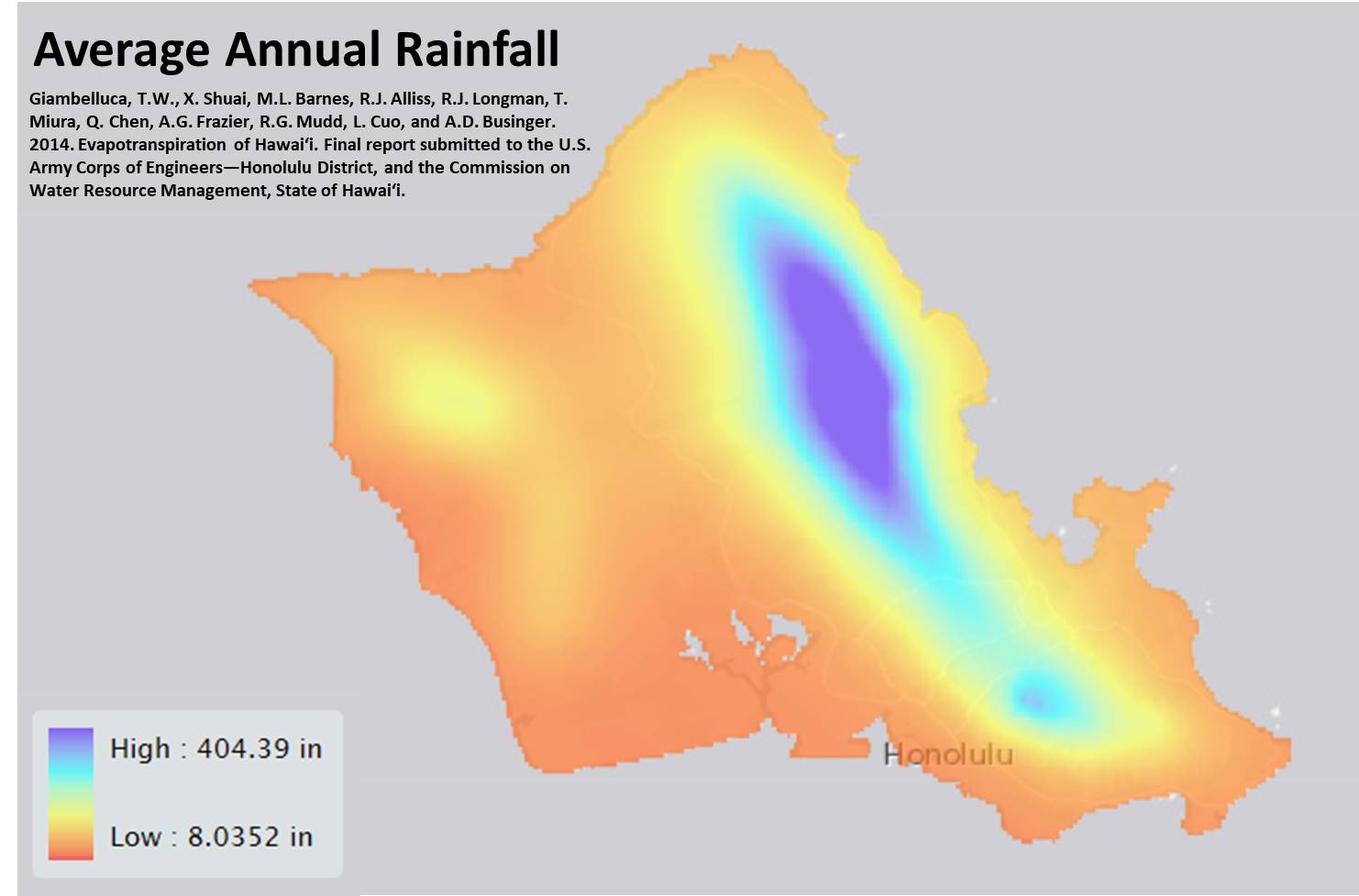 Annual rainfall in the Honolulu area averages 20-25 inches along the coast, but increases to 35 inches about a mile inland, and to 60 to 70 inches about 2 miles inland. In the mountain areas where warm moist air is forced to rise, cloudiness and rainfall are much greater than over the nearby open sea. Waikiki being a leeward area, where the air descends, tend to be sunny and dry. Parts of the Koolau Range average 300 inches or more of rain a year. East (windward) of the Koolaus, coastal areas receive 30 to 40 inches. Oahu is driest along the coast west of the Waianaes, where rainfall drops to about 20 inches a year. However, variations from month to month and year to year are considerable. This is true more so during the cooler season when occasional major storms provide much of the rain.

In summer, rain occurs primarily as showers that form within the moist trade winds as they override the mountains. Thus March rainfall at Honolulu International Airport has ranged from more than 20 inches to as little as 1/100th of an inch. About half of the airport’s mean annual total occurs during its three wettest months, November through January. Trade wind rainfall is more frequent at night. Daytime showers, usually light, often occur while the sun continues to shine a phenomenon referred to locally as “liquid sunshine”.

Hawaii is not without its share of hazardous weather. Being a small island chain in the middle of the Pacific puts us at risk for tsunamis. Hurricanes threaten our islands from May to December. Our wet season usually results in some level of flooding. An active volcano on the Big Island is responsible for earthquake activity throughout the year. The volcano also provides prolonged periods when volcanic emissions, known as vog. The vog gets blown over the island creating a thick haze which can aggravate asthma. Again, having an air conditioned place, helps when the vog is thick.